Justin Holladay:
Math Teacher and now iOS Game designer, Justin Holladay has developed an extensive background in the education realm. Justin’s passion for helping students reinforce essential math skills led him to attaining his B.Ed. and B.A.S. in Mathematics/Science from the University of Lethbridge. As an iOS game designer, Justin pursues his passion of supporting teachers in effective teaching and integration of math games into their daily lessons.

When Justin is not in the classroom sharing his math apps or collaborating with teachers on new ways to implement best practices using the iPad, he is developing and designing new math games to be utilized in the classroom. Understanding the importance of technology in the classroom, Justin is focused on leveraging these devices to improve assessment practices and increase differentiation and collaboration. In November, 2012, Justin released his first math game as an iOS game developer.

RethinkSchool is an Educational Publishing Company of Teacher Created Products.

My Elementary and Middle School Math Games are a fun and challenging context in which students interact cooperatively or competitively to achieve a defined goal within a specified set of circumstances while learning or practicing math skills. 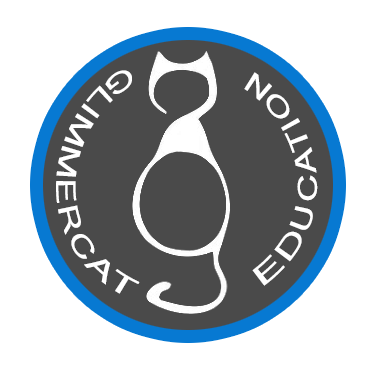 Glimmercat helps children to learn because young children love familiarity and routine in the midst of newness, and this is exactly what this friendly kitty establishes. This is one of the reasons why I use a friendly animal character to accompany children on their alphabet journey.